We Need to Change First!

The plethora of scams and the cancer of corruption is battering our nation like a sledgehammer coming on with the speed of light. One news channel after the other is ever so frenzied interviewing commentators and bureaucrats who believe whatever they say is the truth. The courts are cuffed both hand and mouth, and justice seems nowhere in sight. The common man lies confused and mummified.

Our India is changing, and changing quickly. There is a rise of the elite and super-elite whom no law can touch and seemingly no whistle-blower can alert. The collars of the underdogs are well leashed and the palms of the unrighteous well greased.

Oh! Lord! We desperately need the rise of the prophets! So where are these men? 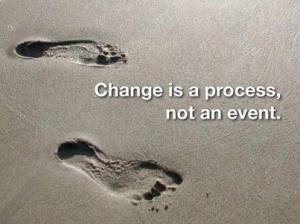 Elijah lived in dismal times. They were times of spiritual apostasy and abject moral decay. But we find in this powerful prophet a magnificent picture of what the righteous should do when the foundations are destroyed. Elijah is one of the prominent OT figures and his significance is evidenced by over 20 direct references to him in the New Testament.  How did this man surprisingly appear on the scene?

What about David? Psalm 11 comes at a time when law and order were being destroyed. This asks a question we are facing in our nation today because our country is under the countdown with its very foundations of morality, justice and values being destroyed by godless men possessed by the demons of raw and ruthless greed. David’s answer is aptly given in Psalm 11:4-7. Please read it now!

In short, David’s focus was on the Lord. He contrasted the problems on earth with the sovereign and exalted position of the Lord who sits in heaven, the place of authority and power.

Our Sovereign Lord sits on His heavenly throne, not indifferently, but observantly. He is working out His purposes on earth. Though transcendent, God is also intimately involved with mankind, especially with those who trust Him. David then reminds us that while the Lord tests the righteous and the wicked, He never forsakes the righteous who can, by faith, behold His face and thus experience His strength and courage.

Second Chronicles 7:13-14 reminds us of another privilege and responsibility that we have when foundations crumble.

If I shut up the heavens so that there is no rain, or if I command the locust to devour the land, or if I send pestilence among My people, and My people who are called by My name humble themselves and pray, and seek My face and turn from their wicked ways, then I will hear from heaven, will forgive their sin, and will heal their land.

First Chronicles 12 also tells us of another serious time in David’s history, when similar conditions arose. David was being chased by Saul. But during this time some of God’s people did something else. “Day by day {men} came to David to help him, until there was a great army like the army of God” (1 Chr. 12:22). These men joined together to form a band of men who would stand against the times they were facing. Included among these were the sons of Issachar of whom was said: “Men who understood the times, with knowledge of what Israel should do” (1 Chr. 12:32).

What about Amos? Although he lived in a time of relative peace, serious repercussions were coming soon.

At this time although internally, the political structures of both Israel (in the North) and Judah (in the South) were stable, yet it was precisely the social, moral, and religious problems attending that prosperity that became the focus for Amos’ voice of judgment.

Prosperity was misdirected and it is not strange that the corruption of the Israelite society could be traced to its religious structures. At this time Israel thought that material prosperity often was interpreted as a sign of di

vine favour. Rampant luxury and self-indulgence were clearly manifested at this time.

Amos prophesied against the exploitation of the poor that occurred throughout the land. Justice was distorted. Superficial religion brought the prophet face to face with the high priest Amaziah. And he cries out in 5:24… But let justice roll on like a river, righteousness like a never-failing stream!

So what do we do at a time such as this? Can we learn from Israel and her prophets?

It is important to notice that God is not in any hurry when it comes to judging wickedness.  This is exactly the opposite of the way we humans think.  We believe that judgment against iniquity should come speedily. It will not.

Spend extra time with the Father this month. Get close to Him. See the difference!

← It’s Coming Sooner than you Think
I Love Coffee →

One thought on “We Need to Change First!”