The Days of Noah…8 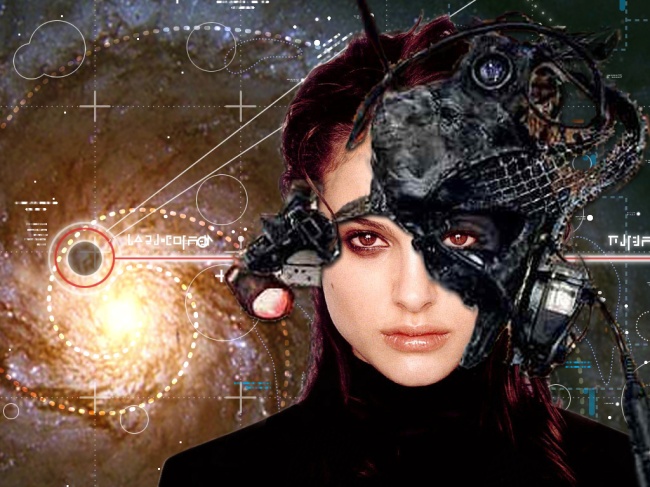 I am fully convinced that technology works hand in hand with demonic forces to challenge and change our faith. Technology when used irresponsibly and blatantly breaking laws of ethics becomes the cousin of the occult!

Therefore there are totally new channels of warfare upon us as Christians. The principalities and powers that were veiled in camouflage have now exposed themselves uncontrollably and directly.

Terry James, a writer and author of many books pertaining to eschatology and the understanding of international politics says this…“the current course upon which GRIN (Genetics and Microbiology, Robotics, Artificial Intelligence and Nanotechnology) technology and transhumanist philosophy are taking mankind threatens to elevate the reality of these dangers (unseen demonic forces) to quantitatively higher levels.”

The Internet is rewiring our brains daily with tons of information and sometimes-dangerous stuff that affects the very psyche of the human soul. We live in an age where we know more in two years than what the average individual could know in one lifetime in the 18th century!

Today also there are thousands of labs, some clandestine and underground and some whom governments have sponsored, that are tampering with the human DNA…these are producing hybrids of all kinds.

Today we have sheep created by scientists…that have human hearts and livers; pigs that have been born with human blood in their bodies and spider-goats whose milk can be woven into bulletproof material.

A Pandora’s box has been opened and there is no stopping now!

There are two burgeoning components that are happening. This is breakneck speed! What I share with you today…is already in place and the changes are happening in weeks not years! The first component that to the normal person looks just out of fantasy and a ‘Star Wars’ kind of thing is called transhumanism.

Transhumanism is a cultural and intellectual movement that believes we can, and should, improve the human condition through the use of advanced technologies. One of the core concepts in transhumanist thinking is life extension: Through genetic engineering, nanotech, cloning, and other emerging technologies, eternal life may soon be possible. (Sebastian Anthony http://www.extremetech.com/extreme/152240-what-is-transhumanism-or-what-does-it-mean-to-be-human). This contains the whole gamut of GRIN.

The other component is Alien Visitations. This is a field that is real, but sadly 95% of what the Internet shows is hoax. But the real part is sinister, menacing and looming upon us.

While there are documented alien abductions and crop circles that boggle the human mind with complex mathematics and geometry, there are also alien species that are kept secretly. Hollywood is now preparing the world for these aliens to walk among us, notice the movies that are coming out in the last twenty years…including Walt Disney productions that our children and grand-children watch.

This is Sept 2010 news….A senior Vatican scientist, Brother Guy Consolmagno, said that he would be delighted if we encountered intelligent aliens and would be happy to baptise them.

His pronouncement opens up the possibility of space missionaries heading out to the stars to convert aliens to Christianity.

He said the characteristics synonymous with having a soul – intelligence, free will, freedom to love and freedom to make decisions may not be unique to humans.

“Any entity – no matter how many tentacles, it has a soul,’ he said.

But here’s the latest…Pope Francis has said that he would be willing to baptise aliens if they came to the Vatican, asking, “who are we to close doors to anyone, including Martians”

Here’s some more news that is truly stunning. Notice that information is significantly changing as time goes by…

This year during Easter-time…Yesterday Pope Francis I celebrated his first Easter Mass as the leader of the world’s 1.2 billion Roman Catholics.

In his first “Urbi et Orbi” speech – Latin for “to the city [of Rome] and the world” – he called for peace in the Middle East; an end to human trafficking and greed; preventing the exploitation of natural resources; and protecting animals by becoming “responsible guardians of creation.”

The Pope normally gives two Urbi et Orbi speeches each year where he deals with major challenges faced by the world and Christendom. In a future speech it has been predicted that he will discuss a unique challenge that the world faces according to the authors of a new book.

In Exovaticana, Chris Putnam and Tom Horn predict that the new Pope, Francis I, will soon announce the existence of extraterrestrial life, among whom an alien “savior” will emerge to ‘reinvigorate’ Christian teachings!

…According to Putnam and Horn, Francis is the final Pope, “Petrus Romanus”, who will oversee the dissolution of the Catholic Church as predicted in St Malachy’s prophecy, by announcing an extraterrestrial “savior”.

Putnam and Horn claim to have documented the research and evidence supporting their startling prediction in their new book, “Exovaticana” (http://www.amazon.com/Exo-Vaticana-Romanus-Vaticans-astonishing-exo theological/dp/0984825630/ref=sr_1_1?ie=UTF8&qid=1364913131&sr=8-1&keywords=Exovaticana)

Not all we see is seemingly innocent and harmless. There is a sinister agenda for the New World Order to come forth as fast as possible. Transhumans and ‘chimera’ are not the stuff of science fiction anymore.

Are the Nephilim among us already? Yes! A resounding yes!

It is time to change our understanding of spiritual warfare, prayer and intercession. The church of today needs a shake-up and a wake-up! Preparation linked with the knowledge of the times we live in, linked with discernment in lifestyle and doctrine is deeply necessary.

Oh Lord! Give us revelation!

I will continue this in my next blog…Days of Noah 9.

One thought on “The Days of Noah…8”